After a pretty intense year of touring with Honeyblood I was excited about having a week off in the Greek sun. All was going to plan until day 2 of my break when I received a call asking if I’d stand in on drums for Mogwai (as their drummer Martin is under the weather). As a pretty big fan of the band it didn’t take long to decide. One flight, one train, one car journey & one sleepless night transcribing songs later I was in the studio rehearsing with Mogwai for their 6 Music Session at Maida Vale for Lauren Laverne. Luckily all went well & you can catch our session on the BBC iPlayer HERE! (Available in the UK for the next 30 days)

I’m now heading out on tour with Mogwai for the next few months or until Martin feels well enough to jump back on board. It’s a total honour to be given the opportunity to keep his throne warm while he’s away & I’ve been transcribing & practising like a maniac to do his beats justice!

(As I’ve been so swamped in Mogwai related shenanigans, my somewhat silly weekly Youtube channel has had to take a back seat. I’ll try to film a bit whilst on tour if possible!)

You can check out where we’re heading below & buy tickets for the shows HERE; 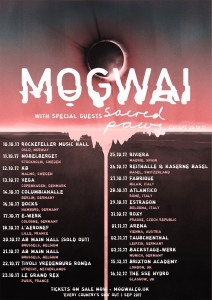 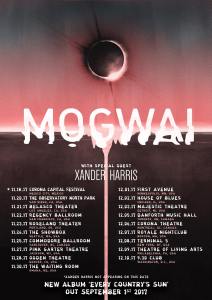