After returning home from the states the prep began for festival season; I was working on new samples to play more upbeat & remixed versions of KT’s songs to get people dancing in their wellies! We road tested the new version of ‘Hard Girls’ at Isle of Wight Festival & it proved to be a success, we were now prepped & excited to unleash it at Glastonbury! 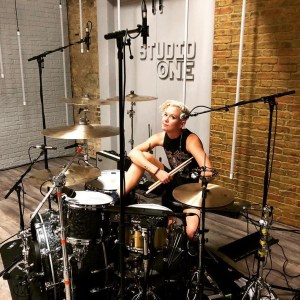 First up though I flew back down to London where KT & I played a couple of songs on the ‘Sara Cox Show‘ which was aired on the 30th June on ITV.  It was loads fun appearing alongside Beverly Knight & blasting out KT’s tunes for the telly! 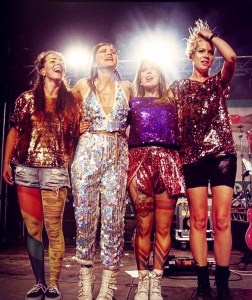 Back at home we packed up & shipped out to Glastonbury for the weekend! The weather was amazing, the line up was ace & the people were beautiful. It really is the best festival in the world. We headlined the Left Field Stage on the Saturday night, the tent was overflowing & we played our hearts out finishing with Billy Bragg joining us on stage for a cover of ‘Won’t Back Down’.  Glastonbury has been firmly ticked off the bucket list, fingers crossed I end up back there next year, I miss it already! 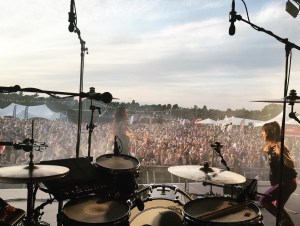 Every weekend for the rest of June & July was packed with festivals, we played as a 3 piece with Mandy on bass taking on; Lichfield Cathedral, Cornbury festival, Pub in the Park, Cardigan Castle, Tunes on the Sands, Heb Celt Festival, Larmer Tree festival & Kendal Calling Festival! We had a jam packed couple of month’s & had an ace time bouncing around fields in the UK. Oh and scroll down to see the time that I was a tiger with KT & Rick Astley! 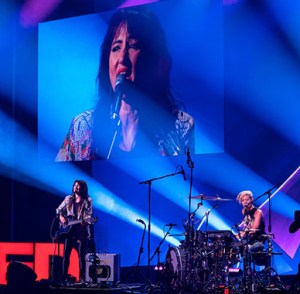 Within the midst of that, KT & I squeezed in a TED Talk during the TED Summit in Edinburgh. I’ll post a link to the video when it comes out, safe to say we got the room jumping ha! 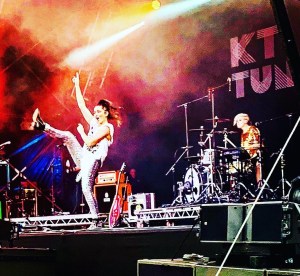 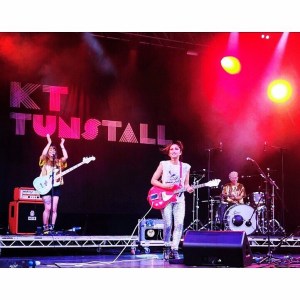 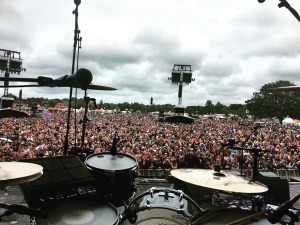 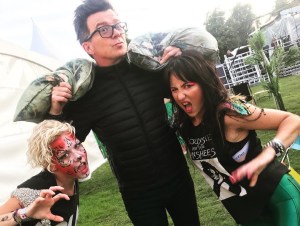