After a lovely xmas break & spending New Years Eve on the isle of Arran I jumped straight back into work delivering two masterclasses to the lovely people down at Jack Drum Arts in England. The first class was a pretty intense class for people that had been drumming before – we focused on everything from tuning, technical exercises, time signatures, grooves, fills, independence & playing to a click. We then also spent almost half a day looking at incorporating electronics & sampling into drumming which they loved. By the end of the day everyone was able to play the drums & individual bass notes to Billie Jean simultaneously via the Roland SPDSX!

Three of the four drum kits for the masterclass plus a shot of some of the beats we were working on! 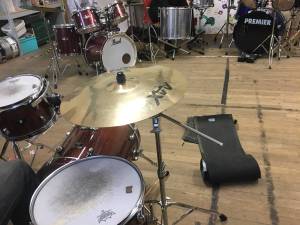 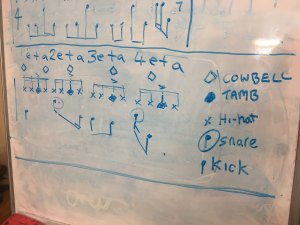 The second class was for women which was a nice change – some people had played before & some hadn’t, it was a lovely inclusive environment to encourage them to get stuck into drums – a great couple of days all round!

As soon as I got back to Scotland I began work on building a custom kit – I had a tour coming up with KT which included some acoustic gigs & she asked me to build a suitcase kit which fits inside of itself – challenge accepted! I’ll do a separate blog post on the suitcase kit as it ended up turning out better than I could have imagined… 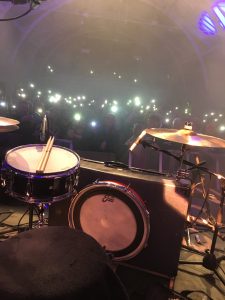 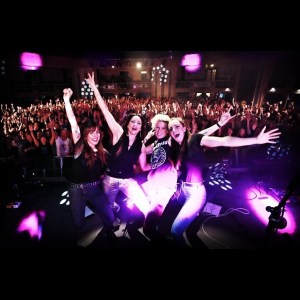 The tour was a slightly random one in that it was in conjunction with Lidl supermarket to raise money for STV Scotland Children’s appeal. This meant we were driving around Scotland visiting suppliers, schools & playing gigs on an evening – very different to usual tour life!! The show’s turned out to be awesome, a completely sold out run & my suitcase kit held it’s own in front of 1200 people a night – Success!