So for the first time in a very long time I was home from tour for multiple months – it was nice to sink back into a semi-normal lifestyle for a while & I took the opportunity to take up a new hobby – bouldering! Not at all drum related but good for the mind & the body to keep me in shape before I’m away again.

Shortly after my last festival gig with KT I jumped into the Studio with my good friend & producer Garry Boyle, I was tracking drums for an album for a Manchester post-rock/prog-rock band.. it was an awful lot of fun & as always it was a breeze working alongside Garry.

Towards the end of September I jumped on drums for a one off gig with ‘Tuff Love’ in Glasgow, I’ve been a fan of Tuff Love for years so it was great to get to play this one off show with them!

October came around & brought with it Masterclass season! First up was Edinburgh Napier University where I graduated from back in 2007.. yikes. I was giving a 20/20 Machu Pichu talk about my life & career to the students – it was my first Machu Pichu talk and after some initial nerves (very disorientating to be in front of an audience without a drum kit) it seemed to go pretty smoothly!

Next up at the end of October I headed to Perth, Highlands & Islands University where I was giving a drum masterclass for the drummers followed by a more general touring musician masterclass for the other music students. We focused a lot on how I incorporate electronics into drumming & how important that is for drummers these days, I also spoke a lot about the ups & downs of touring life! 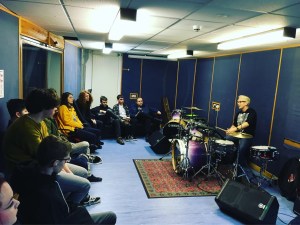 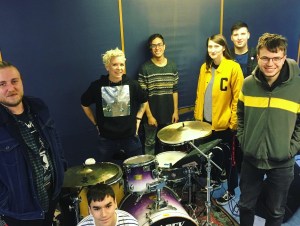 In November I had a couple of theatre projects – the first was assisting my MD friend with some drum specific tips for a show. The second was recreating & recording the drums to the incredibly drum-heavy song ‘Anyway, Anyhow, Anywhere’ by The Who to be used in a play called ‘I can go Anywhere’ by Douglas Maxwell. I jumped back into the Studio with Garry & (using 2 music stands!) we had in done & dusted in a couple of hours. A few weeks later we went along to see the play which was ace! 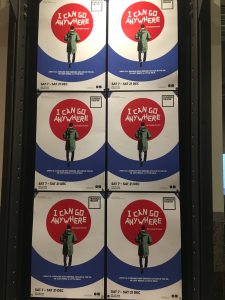 In December I was booked for another Masterclass – this time it was a spotlight session for EchoLab Studio’s alongside drummer Eddie Thrower (Lower Than Atlantis & Busted) and guitar tech Bob Munro (Blossoms, Miles Kane). It was a focus on touring musicians but as it was mainly drummers in attendance we were able to get pretty geeky & people were once again pretty interested in how I incorporate the SPDSX into my playing. Great night all round. 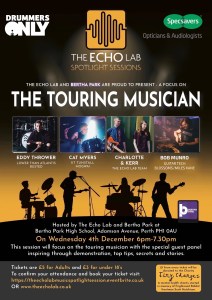 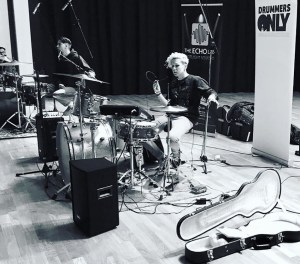 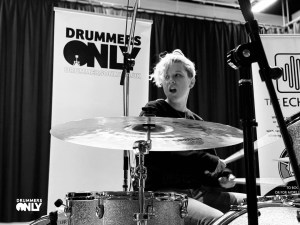 That was a wrap for 2019 – I nipped off for a cheeky week in the sun exploring Lanzarote in a camper-van before xmas, not a bad way to end the year!