It’s been a while since my last blog post but all is well. Upon arriving back in the UK after my gigs in France at the start of April, I jumped into rehearsals with Honeyblood. We played a gig for Brewdog in Aberdeen with Idlewild and Frightened Rabbit that proved to be pretty fun. Here are a couple of snaps I stole from Twitter.. 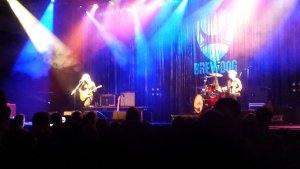 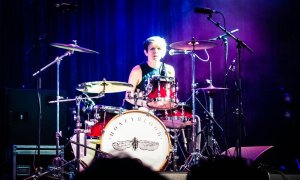 A week later I popped down to the North East to teach a masterclass for ‘Jack Drum Arts’. I met another bunch of awesome young dudes all improving their chops. My private students in Edinburgh are also coming into their own. I’m currently teaching a 10yr old boy who can rip into most of the Foo Fighters back catalogue as well as busting out ‘No one knows’ by QOTSA beat for beat. Total star in the making. Get in touch here if you want in on some lessons!

In other news we shot a Honeyblood video for the first single from the new album. I can’t say much about it other than filming was freezing, things got burnt & we all smelled like cow pats afterwards. Sounds good ey?! Stay tuned. (We also dressed as pretty cool hikers..) 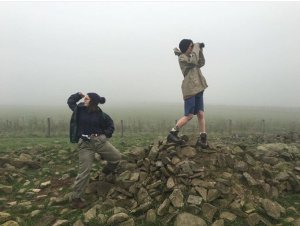 Towards the end of May I began development of a theatre piece called ‘Glittered’ by Eve Nicol of Heroes Theatre. It comprised of spoken word & drums. Think dramatic poem about punk rock, marine biology & teenage girls whilst I rock out & get percussive all over it. Still confused? You can check out this 4 star review we got when we performed it at Hidden Door Festival in Edinburgh at the start of June.